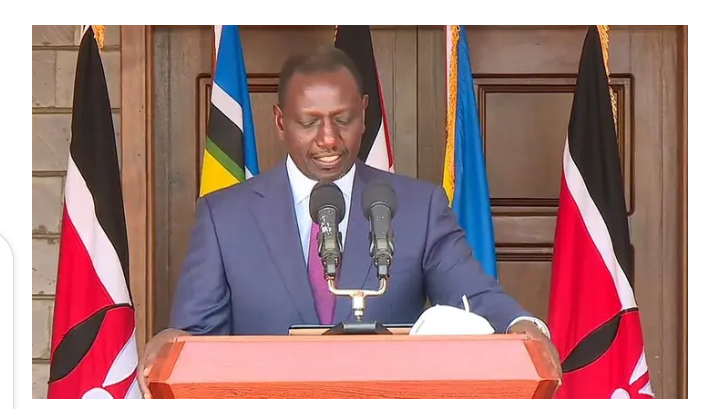 Just In: President Ruto Makes A Major Announcement On The Fate Of Grade 6.

pivotal announcement as well as a revelation of what will happen a short while on the Competency Based Curriculum.

The Head of State has announced that he will make a declaration on the fate of the Grade Six learners under the Competency Based Curriculum in a “short while”.

Giving Kenyans a glimpse of what going to happen to the curriculum, President Ruto has annouced that he will be

holding a high profile meeting with key stakeholders in a order to agree on how the Grade Six learners will transition to the next level under the Competency Based Curriculum.

utmost patience as they solemnly await his announcement on the fate of the Competency Based Curriculum.

“In a short while, we will be agreeing on how to transition to the next level in the curriculum. A strategic decision is going

to be arrived at in short while so that you can know how those in Grade Six will transition to the next level,” President William Ruto stated. Teacher’s Employer Advices On Early Filing Of Tax Return. Take Note Of How…