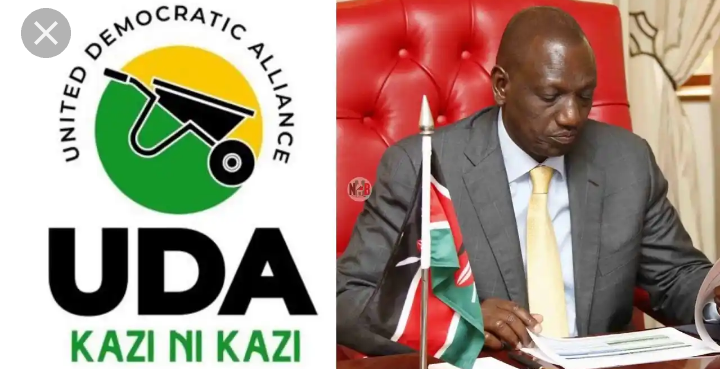 The United Democratic Alliance (UDA) list of  31 officials is out. The officials will run the affairs of Deputy President William Ruto’s political party to steer him to 2022 presidential elections.

The officials also double up as members of the National Executive Committee (NEC) which is a  top decision-making organ of the party with a role in party grassroots elections and nominations.

Johnson Muthama sits at the UDA cahir’s position, Secretary General is Ms Veronica Maina, both have been the most visible party leaders since Dr Ruto took over the party.

From the document deposited at the office of the Registrar of Political Parties, the other officials are Mr Muthama’s three deputies, former Cabinet Minister Kipruto Kirwa, Kenya National Union of Nurses (Knun) Secretary-General Seth Panyako and Mr Nicholas Marete.

Former politicians were not left out. Ex-MP, South Mugirango, Omingo Magara, who has been leading the People’s Democratic Party (PDP) defected to UDA as the party’s National Treasurer, a position he once held in ODM.

Mr Panyako who unsuccessfully contested the Kakamega Senatorial seat in 2017 elections on an ODM ticket too was not left out in the arrangement.

UDA set a side 17 secretaries positions, in charge of different dockets, including Kacheliba MP Mark Lemunokol who will handle Devolution and Intergovernmental Relations.

Top Lawyer Otiende Amollo Weighs In On The Petition… 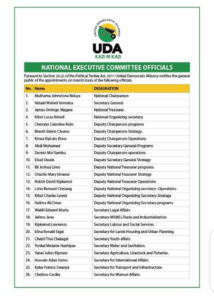 See What The Kshs. 298 B Allocation to TSC May Translate To On Teachers’ Salary…