The Jacaranda event was aimed at countering President William Ruto who

will be presiding over his first Jamhuri Day celebrations since he took over as Kenya’s 5th head of state.

Raila and his Azimio brigade maintained blistering attacks against the US over allegations of rigging in Ruto. 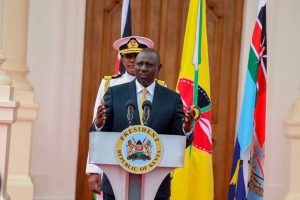 The international event is scheduled to take place in Washington DC between December 13.

Inside sources reveal ODM leader will jet out of the country on December 11 .

We have established that high-level event which will be hosted by US President Joe Biden.

KNEC Responds To Calls By Stakeholders To Have KCSE &KCPE Postponed.