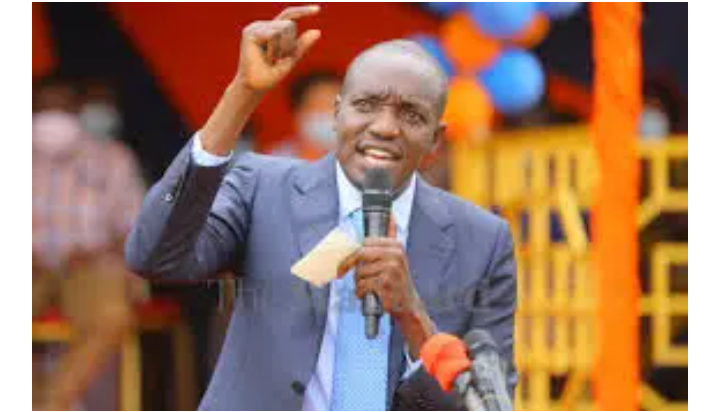 Paul Simba Arati is the second governor of Kisii county, he is the immediate former member of parliament for

gubernatorial elections of his home county on an Orange Democratic Movement ticket.

Simba Arati is a bonafide ally of former prime minister Raila Odinga and a critique of William Ruto.

Simba Arati led the Azimio allies in branding William Ruto with negative names during the campaigns.

Speaking lately when he was celebrating his birthday, Simba Arati delivered greetings from the president to the people of Kisii county.

health alliance to discuss a Ksh.500B project set to be launched at Kisii university to build a hospital that will be the largest in East Africa.

The governor says when he was explaining something to the president, he kept on telling him “Simba Hakuna haja ya kuelezea Zaidi ya hapo.”

Simba Arati has said the president has approved the project and has promised to present it before the cabinet for further action.

He has also recalled an incident where the president’s daughter, Charlene Ruto, visited Motonto, an unknown place in Kisii.

How To Buy Shares at The Nairobi Securities Exchange

A Principal Of A Major School Has Invited ‘Fathers Only’ To Academic Day.

President Uhuru Endorses Raphael Tuju For A Political Position For His Good Work.