Vote Rigging: IEBC Staff On The Run As Deal Goes Sour With Shollei

Edwin Wanjogu is the figure who’s been accused of taking forms from Gladys Boss Shollei then injecting them into the system,

his tablet shows that he was deep into the system to change results in favor of Ruto, the thug is on the run and police looking for him. 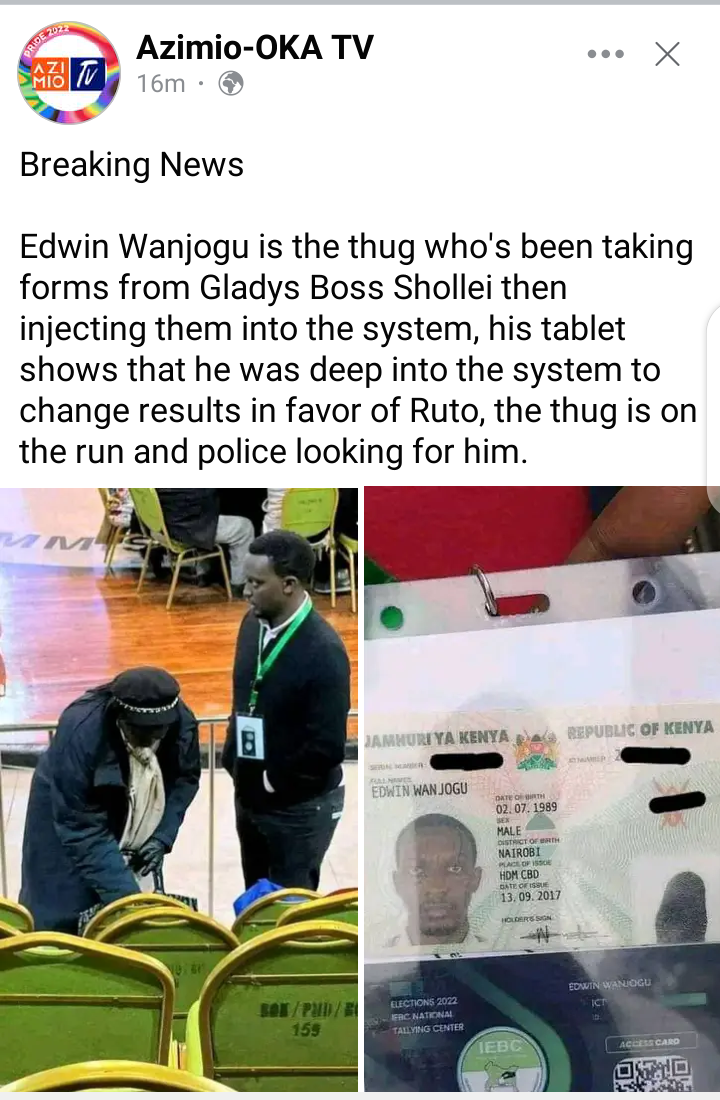 Gladys Boss Shallei according to the complains by Azimio agents, “Has been sneaking to the car,

hiding forms under her kabuti and bringing them in, hands them to one Edwin Wanjogu who is in UDA ICT team for swapping.” Stated Azimio agent.

The IT guy whose laptop was seized yesterday is on the run, his notebook shows he was given backroom access to the IEBC portal.

Likely working in cahoot with some rogue IEBC officials.

The young man has since been on the run.