errors while responding to allegations that Venezuelan national, Jose Camargo, manipulated Forms 34A.

Appearing before the Supreme Court on Friday, September 2, IEBC lawyer Mahat Somane stated that the errors originated from the serialisation of the technology gadgets.

“We understood our role in this court is to provide all the information for it to make a decision.

We admit that those KIEMS have the same serial number. It was an error that originated at the time of the serialisation,” Somane stated.

Serialisation is the process of translating a data structure into a format that can be stored or transmitted and reconstructed later. 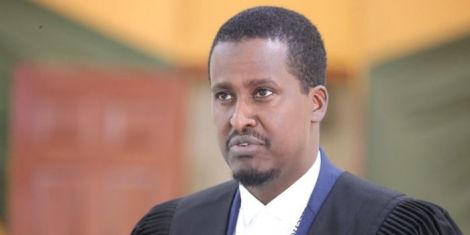 (International Mobile Equipment Identity) is a 15-17-digit code that is given to every mobile phone or tech gadget. It is used by service providers to uniquely identify valid devices.

His presentation came at the backdrop of a heated debate between Wafula Chebukati’s lead counsel Githu Muigai and Raila Odinga’s lawyer James Orengo.

Orengo’s team, in a presentation by lawyer Julie Soweto in the early morning hours of Friday, September 2, claimed that the Venezuelan national, Jose Camargo, accessed the IEBC system and manipulated Forms 34A.

Former Attorney General Githu Muigai then asked the court to allow IEBC and Chebukati to respond to the allegation claiming that Raila’s team was introducing new evidence in court.

Somane who is representing IEBC thus was accorded time to respond. The IEBC attorney, Somane, explained how Camargo’s name was captured in Forms

34A by explaining that the register of the QR code was printed by Smartmatic which supplied KIEMS kits, and was printed in the name of Jose Camargo.

Smartmatic supplied KIEMS kits but the ballots were printed by a Greek firm, Inform Hellas Lykos.

“An allegation has been made relating to this form and there is an overlay of someone called Jose Camargo.

“It comes from the QR register that is distributed to every polling station, this court can look in the scrutiny report.

Revealed: Smartmatic On Why It’s Not Possible To…

Chebukati Makes An Address Shortly After Declining To…

“Results From 27 Constituencies Were Not…

A presiding officer just took an original Form 34A placed a QR code next to it and took a picture. This is the evidence being produced in the court.

If you look at the scrutiny report and the QR register on the boxes, Camargo’s name is there.

“We have also produced original Form 34A. We even have receipts and we are being told that you can’t produce the original and Camargo was interfering with the iEBC portal.

If you look at the number of the original Form 34A, it is the same as the picture of the overlay. It is incorrect to say that Camargo interfered with the portal.

Why would anyone interfere with results if they are the same as what he has in the portal?” Somane questioned.

However, Orengo interrupted claiming that Somane was attempting to act as a witness in the case rather than a lawyer.

“A lot of what Mahat said was evidence. He should now be a witness to this petition and we will cross-examine him. This is very serious.

We should confront the matter or anyone can just present any document to the court. He is telling us how the picture was taken,” Orengo cut Somane short.

Muigai, however, stood up and asked the court to disregard Orengo’s argument.

“What we are trying to do is to show you the documents from our affidavits in response to the document presented. Julie Soweto did not produce a document from their affidavit.

We invite you to look at the original. There is a deliberate misrepresentation of what the docs actually looked like

“This is an attempt to interfere with legitimate evidence that is on record,” Muigai hit back.

“The document is not in question. It is how the documents were changed twice. What Miss Soweto showed was not in their portal. This should be the starting point of their arguments,” Orengo detailed.

Chief Justice, Martha Koome asked Githu and IEBC team’s to continue with its presentation but stay within the evidence filed in court. 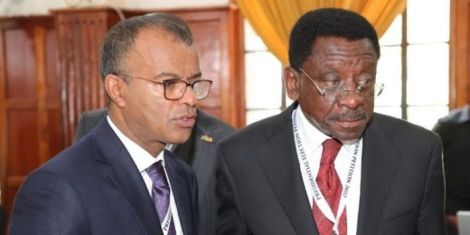 Procedure For Filling TPAD Online Through Phone Or Computer.

TSC: Announcement On The Employment Of The 10000 Teacher Interns.