Elections Observation Group (ELOG) has come to the defence of the Independent Electoral and Boundaries Commission (IEBC) chairman, Wafula Chebukati, over his decision to announce presidential results amidst conflict within the commission.

Speaking to the media on Tuesday, August 16, the observers led by the chairperson, Anne lreri, noted that Chebukati is mandated by the Constitution to announce the results.

Further, it was noted that any postponement in the announcement of the results would have plunged the nation into chaos. 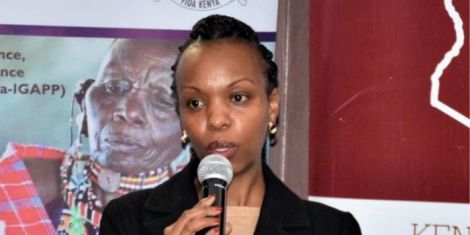 ELOG chairperson Anne Ireri at a past event.

“It is unfortunate that there is a split in the commission. However, the chair of the Commission pronounced the results as the returning officer of the presidential elections.

“Whereas the commissioners did not agree with it, that will be a legal battle by itself. As the RO, it was in his right place to pronounce the results,” one of the observers noted.

However, the observation body noted concerns raised by the four commissioners led by IEBC vice chairperson Juliana Cherera, were weighty and would be addressed by the Supreme Court in the event the results are petitioned.

Additionally, ELOG underlined that the results concurred with their projections following their participation in observing the voter tallying at the polling stations.

“ELOG’s PVT estimates are consistent with IEBC’s official results for the 2022 presidential election.

In light of our assessment of the Election Day processes and given that IEBC figures fall within the projected ranges, the PVT projections, therefore, corroborate the official results,” read the statement in part.

As per the observer’s analysis, Ruto was projected to win the August 9 polls in the first round at 50.7 per cent which was 0.3 per cent higher than that announced by Chebukati.

However, ELOG pinpointed concerns in the electoral process which needed to be addressed before the next elections in 2027.

Among them were the accessibility of the voter register and the high cost of conducting elections.

“Ensuring transparency in the integrity and maintenance of the Voter Register, including providing full access to the KPMG audit report and clear status updates on the uptake of recommendations from the report.

“In addition, working with stakeholders to independently audit the register will help improve its integrity of the register,” read the statement in part. 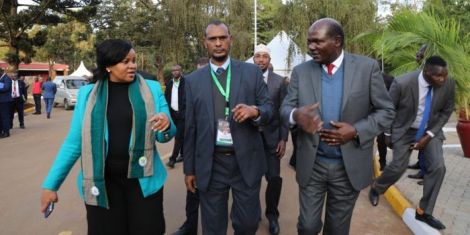