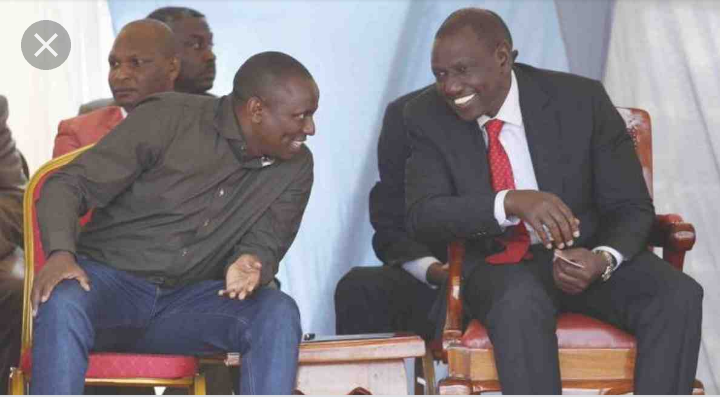 “Wale watu wa a,e,io,u and watu wa chokaa” are some of the most demeaning and painful utterances from Kenya’s known politicians teachers of this republic have had to contend with since independence.

Like a sharp sword twisted in the hearts of teachers, a one time derogatory remark about teachers from the current DP, Ruto’s tongue came hitting the skulls of the tutors. Ruto is in records to have allegedly shut teachers quest for salary increments sometimes in the year 2020. In his own fashion, he rubished off teachers claim for their rightfull increments. “Wale watu wa a,e,i,o,u.” DP said, “Wanatusumbua na mambo ya mshahara.” He added, “We can’t pay, won’t pay.” he spewed. (Those people of the vowels are bothering us with salary issues). This was the beginning of it all. The impact was unbearable for teachers. 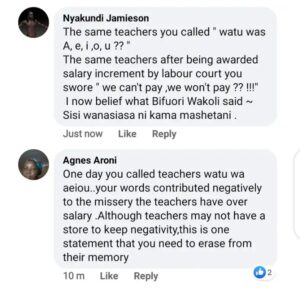 Just when the wound had appeared to have healed and the dust got settled on the matter, Mr. Dp’s closest ally in the Tangatanga , hustler political divide, furiously launched an attack on teachers by 2nd September at a function. On the strength of his scathing attack on teachers, Hon. Kimani Ichungwa let his loose tongue on Dr. Fred Matiang’i CS Internal Security and PS Karanja Kibicho both of whom are former academicians and lectures at the University of Nairobi and are also both PhD holders from the same institution. Hon Kimani appeared to have come on the defense of his newly found political boss, DP after the recent push and pull on Ruto’s security issues in which Matiang’i reorganized the Dp’s security.

“Land Owners To Negotiate With Land grabbers To…

“Wale watu wa chokaa na kufundisha tu watoto..juzi tu walikuwa wanashika chokaa Kwa classroom, tunawajuwa” Ichungwa remarked. This was with reference that the two were just ordinary teachers, own nothing of substance and thus should not be a hindrance to their (hustler) political bid, especially, Ruto’s presidential bid.

The sentiment rubbed teachers the wrong way thus sparked off angered reaction from teachers in all teachers social media platforms with a number of teachers vowing to wait to hit back at the ballot box as that is their seemingly only way of decision making left.

The Mp, a BA Economics graduate from University of Nairobi has since allegedly gone underground with no apologies to render. The hashtags #teacherslivesmatter, #giveteachersbreak rented the air to monumental proportions with a number of teachers looking forward to have both the politicians officially render apologies to the teaching fraternity.

Well, it is a tough choice to make since teaching staff in Kenya stands at about 300,000, not to mention their influence they’ve got at their fists. Could this be make or break between Kimani, Ruto and the teachers? Could it be they both forgot they’re products of teachers efforts? Only time will tell. 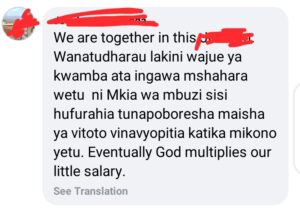 Management Of Junior Secondary Schools To Be In The Hands Of Independent Boards.

Kuccps: Admission Letters And Dates for All students Joining Various…

Meet A Secondary School Where 136 Students Have Run Away From The Principal.