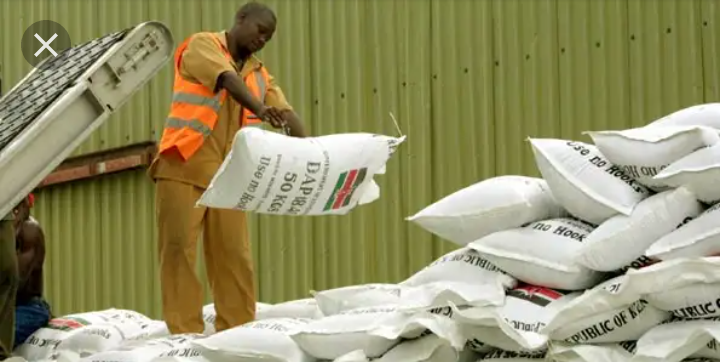 In a press statement dated Friday, April 1, the Cabinet Secretary said a 50-kilogram bag of DAP fertilizer will cost Sh2,800.

“The Government has set aside Sh5.734 billion to subsidise 2.28 million 50-kg bags of fertilizer for farmers growing food crops. These quantities will support the cultivation of 1.13 million acres,” he said in the press statement.

“To ensure efficient delivery and control mechanisms are in place, the fertilizers will be available at NCPB stores countrywide effective tomorrow (Saturday, April 2). These government agencies will sell the fertilizers at agreed subsidised prices to stabilise the prices of critical fertilizers to the Kenyan farmer,” said Munya.

“The rise in fertilizer prices is due to producer countries such as China, Russia and Turkey restricting exports to protect their farmers, compounded by heavy consumption demand from India, Brazil and USA buying up large quantities, hence reducing available global supplies.

“This increased-buying of fertilizer has also led to competition for shipping, thus increasing the rates for bulk and container cargo to high levels.

“Further, due to extreme winter conditions, gas prices drastically increased in Europe, causing many urea and nitrate production factories to close due to competition between heating homes and producing fertilizers, thus causing shortage of these critical fertilizers.

“Based on the current trends, a further price increase is projected,” he said, stating the government has been forced to intervene to cushion farmers from the high fertilizer prices.

“Do Not Cane Children, They’re Ours.” CS Education Blasts &…

OKA: “We Will Make University Education Free Of Charge.”