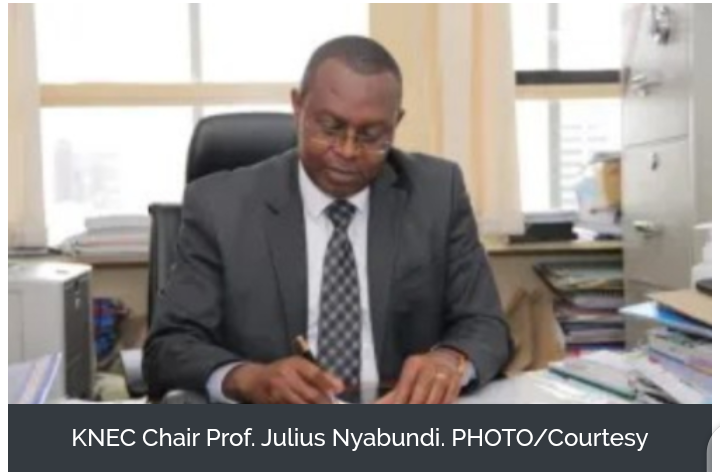 In a quick rejoinder, the examinations body revealed intentions to replace the discontented once at the St Francis school and whose continued services proved intolerable.

“The Council has invited trained examiners from its database to ensure the smooth progress of the exercise,” the statement read in sections.

KNEC on marking of KCSE

In a statement, KNEC stated that despite the mayhem, the marking exercise in the council’s 35 centres was going on smoothly.

The council chairman Prof. Julius Nyabundi noted with concern that a section of examiners today, January 10,

2022 attempted to disrupt the exercise over claims that they were unhappy with the ‘‘strict’’ marking regime imposed by the Centre’s Chief Examiner.

“The Council authorities, upon consultations, agreed to replace the Chief Examiner as a compromise to ensure a smooth progress of the marking exercise. Unfortunately,

despite responding to their initial demand, a few of the examiners yet again came up with a fresh call that the marking fee be revised upwards,” noted Nyabundi.

In his statement, Nyabundi pointed out that the council cannot afford an extra

budget for the examiners who entered individual contracts with the council before their reporting date.

“The council found it impossible to find an extra budget to revise the rates midway. The Council, therefore,

resolved to allow the examiners who were willing to continue with the marking process to do so uninterrupted.

“Equally, those who wished to exit the marking exercise were allowed to do so without causing further interruptions to the process.

The Council wishes to assure the country that the marking exercise is going on well and will be completed in time to ensure a timely release of the KCSE Examination,” the chairman said.

The statement was released to newsrooms hours after St Francis-Mang’u Girls High School marking centre was closed indefinitely after the marking exercise stopped for a whole day.

Trouble began on Wednesday, January 4 when the over 1,000 examiners marking the CRE Paper One vowed to down tools until their payments are reviewed up from Ksh55 to Ksh70 to be at par with their colleagues marking other subjects.

The evaluators further protested the introduction of punitive marking policies that slowed their marking process alongside being overworked.

Renewal of Certificates is a must for teachers in Public schools, TSC says.

Under CBC, Learners Will Not Be Able To Transfer As From Grade 6.

Safaricom Cuts Paybill Charges By Half

President Uhuru Kenyatta Has Ordered A national Crackdown On All Boda Boda Operators.